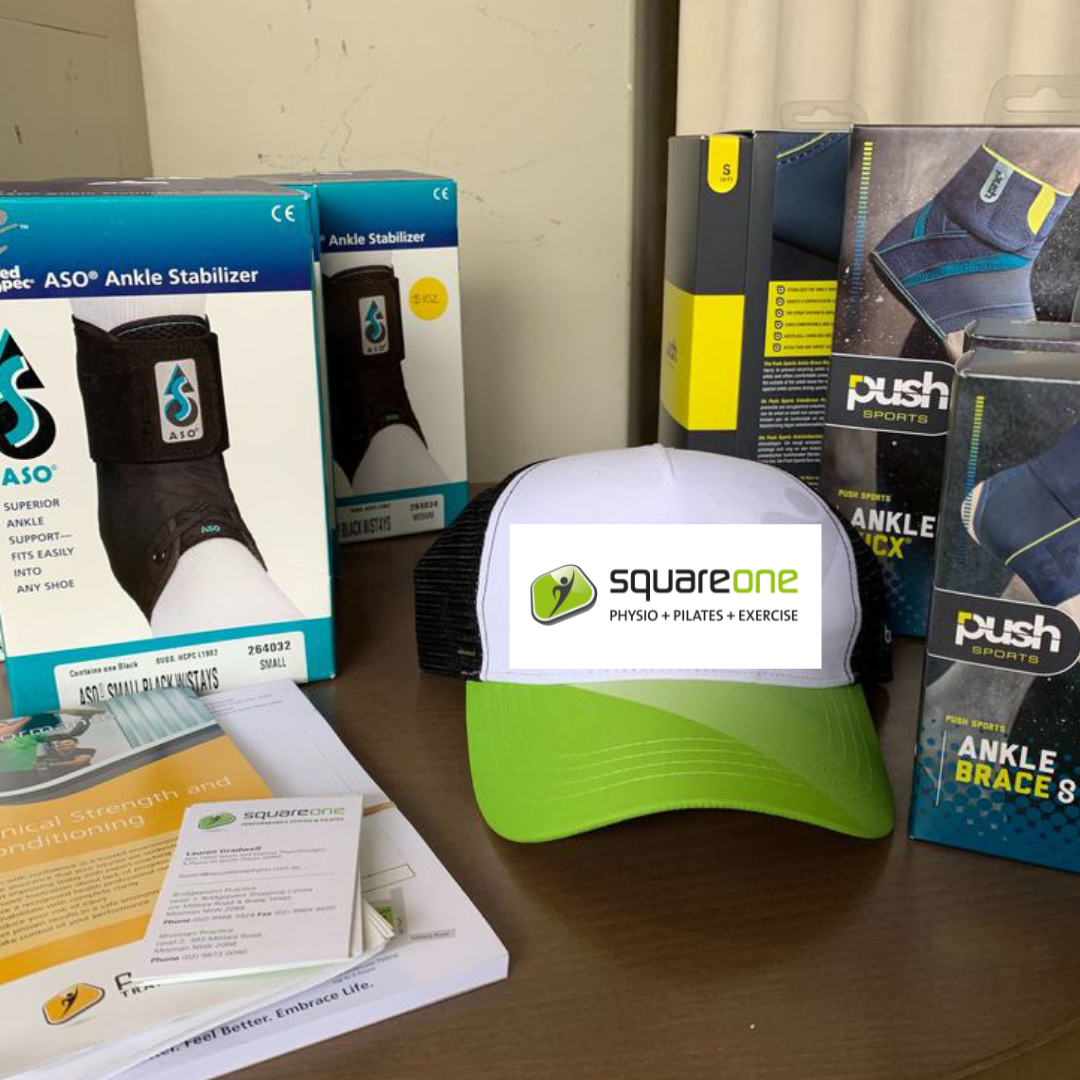 Netball season has begun! I could not be more excited to take my daughter to watch some netball, be it local level or Suncorp super netball. Whether you play competitively at a high level or enjoy a run around socially, there is a risk of injury.

Ankles and knees are particularly at risk in netball due to the stop-start nature of the sport.  85% of netball injuries can be attributed to the knee and ankle. Research tells us that most of these occur due to a poor landing technique. This is especially difficult when you are more focused on catching something than landing correctly!

We get asked about bracing and strapping quite a lot at this time of year.

Why not both? You can actually tape under a brace if you need. That will give you maximal protection available but could make your ankle a little harder to move.

Personally, I have always asked my players to strap or brace, particularly if they play a lot of netball or multiple games in a day. I would suggest doing whatever you prefer. The strapping is a bit less bulky so fits in a shoe better. Whereas ankle braces tend to be easier to get on and off and only require a one-off purchase rather than continuing to buy tape forever (they also avoid the ever so painful tape removal argh)

Netball players can be confident that the biomechanics of landing are not altered if they chose to wear a brace or tape.

If you do get an ankle brace, make sure it’s a good one and it’s the right size.

The “ASO” brace has been one of the better ones on the market for a few years. It’s the one we stock at SquareOne. A sock or sleeve-like thing from the chemist made of stretchy material or neoprene will keep your ankle warm but do little to prevent you from injuring it.

Keep an eye on our social media channels for a taping demonstration you can follow along.

Lauren will be at Mosman netball courts at various times throughout the season if you would like to discuss your daughter, whether ankle braces are needed and any injuries you might be concerned about. Or even yours! Stay tuned on our socials to be up to date as to when she will be there.

Or you can also contact lauren@squareonephysio.com.au or the clinic on (02)9968 3424 to arrange a time for an appointment.