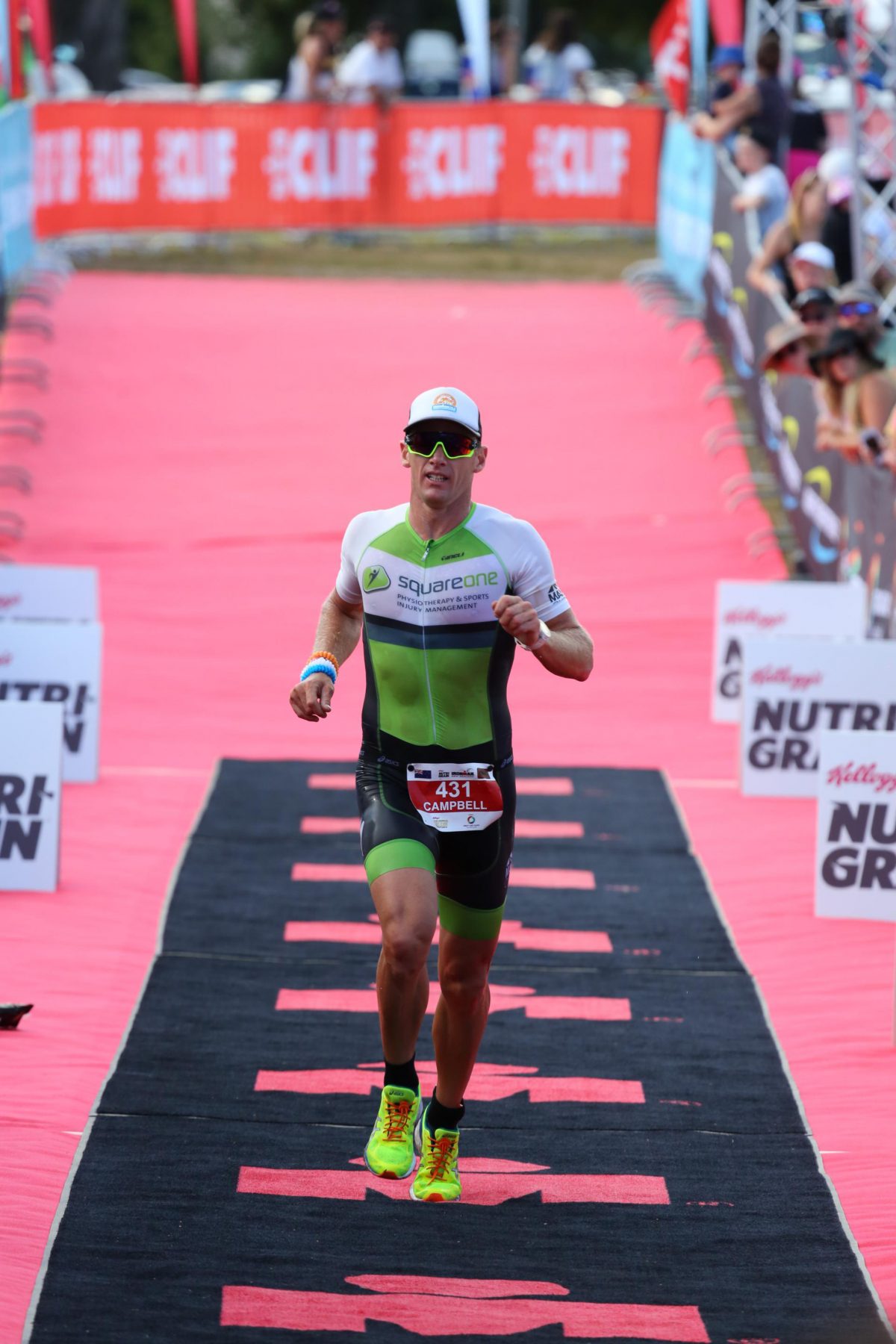 Listen to this episode of The Kona Edge podcast with Campbell Hanson and find out what his nutrition strategies are for Ironman. Campbell reveals that he has cut sugar and the big carbs out of his diet and how that has made a positive impact on his health.

BRAD BROWN:  You’re listening to The Kona Edge, thank you so much for downloading the podcast, it’s great to have you on board and we head back to Sydney in Australia now to catch up with Campbell Hanson. Campbell, welcome back onto the podcast, time to chat some nutrition. You mentioned Dan Plews quite a few times in our previous chats; Dan’s a huge proponent of the low carb/high fat fueling strategy. I’m guessing you might be the same?

CAMPBELL:  Yeah, I probably sit somewhere on that spectrum, it tends to fluctuate a little bit. Yeah, I’ve always been, after I did Ironman New Zealand in 2016, my wife and I made a conscientious decision to cut sugar out of our diet, a lot of sugar out, so that essentially meant getting rid of the big carbs, things like rice, bread, pasta, breakfast cereal, sweetened yoghurt, that sort of thing. Prior to that I was what you would call a ‘carb monster.’ I’d go to swim training in the morning, I’d come home, I’d smash a big bowl of toasted muesli and fruit and sweetened yoghurt and two slices of raisin toast smothered in peanut butter and by 10:00 or 11:00 in the morning I would be at work and I’d be crawling up the wall for food, absolutely beside myself.

Yeah, I thought it’s worth changing things up a bit and I think it’s made a big difference and not always from an athletic perspective. My gut health has definitely been better. I’d eat all those carbs or eat a large meal of pasta for dinner and I’d often end up on the toilet afterwards, so I’m probably slightly intolerant to wheat or something along those lines. Then I could feel myself becoming more efficient as a fat burner. Whereas I’d go out and do a long ride and after an hour.

I’d have something to eat or whatever, I’d then be an hour and a half, it would be two hours, it would be two and a half hours, so I definitely felt benefits from the switching to a lower, it’s certainly far from keto, but a lower carb diet and eating a lot more fat, so full fat yoghurts, avocado, lots of nuts. Dinner would be zucchini noodles or cauliflower rice, that sort of thing and I think, on race day I still definitely fuel with carbs and I’ve been lucky, I’ve never ever really had any GI issues when racing or exercising.

You’ve also got to be rational with it. To make it work you’ve got to have your wife or your partner or your family at home on board with it and thankfully Holly probably drives it more than me now, but you’ve also got to fuel to train right? If I’ve got the days I’m doing a double session, if I’ve got an evening, like hard run track session or an evening swim squad and I know there’s going to be some intensity in it, if I don’t eat some carbs before that, the quality of the session will generally suffer.

I’ll tend to fuel with a few carbs for that sort of thing. It’s been rational with it and also just breaking habits. Some mornings I’ll have a black coffee and a protein ball for breakfast after a ride because I’m actually just not hungry whereas the old me would have felt that it was time to eat breakfast whereas now I’m quite happy just to not eat or have a black coffee or something with a little bit more fat content in it and that’ll get me through until lunch time. It’s definitely been a positive thing and you feel your metabolism changing and the fat oxidation being more efficient.

BRAD BROWN:  As far as racing goes, do you change that at all during racing? Do you race slightly higher carbs or is it pretty much the same as training?

CAMPBELL:  I’ll definitely race, I’ll use carbs in my race. I’ll still carb load a day or two going in, just to try and top the system up a bit and I’ll race on 55-60g  of carbs an hour on the bike is what I’ll carry on me. Kona, I’d go through all of that for the first four hours and then have a Coke on the course in the last hour and that’s always worked for me well and then on the run I’ll carry a couple of gels and basically just use on course nutrition in terms of Coke and Red Bull and electrolyte and water and that’s worked well for me. I’ve tried, years ago, racing at 90-100g of carbs on the bike and honestly, I just felt like it was all going to come back up. So 55-60g of carbs works well for me and it’s also really dependent on the ambient temperature.

In Kona when it’s hot you’re going to be burning more calories, so you go through your fuel, when it’s a cool environment I can get to the end, in a half, in a 70.3 I can get to the end of the ride and I’ve used half of my fuel and just haven’t needed it. It’s really temperature and conditions dependent as well. You’ve got to have a plan but you’ve got to have flexibility to change it as you go and I think that comes with experience as well.

BRAD BROWN:  Absolutely, Campbell, it’s been great catching up, I’ve thoroughly enjoyed our chats and best of luck and I hope Holly gives you permission soon to go back to the Big Island.

CAMPBELL:  That would be great, I’ll get you to talk to her!