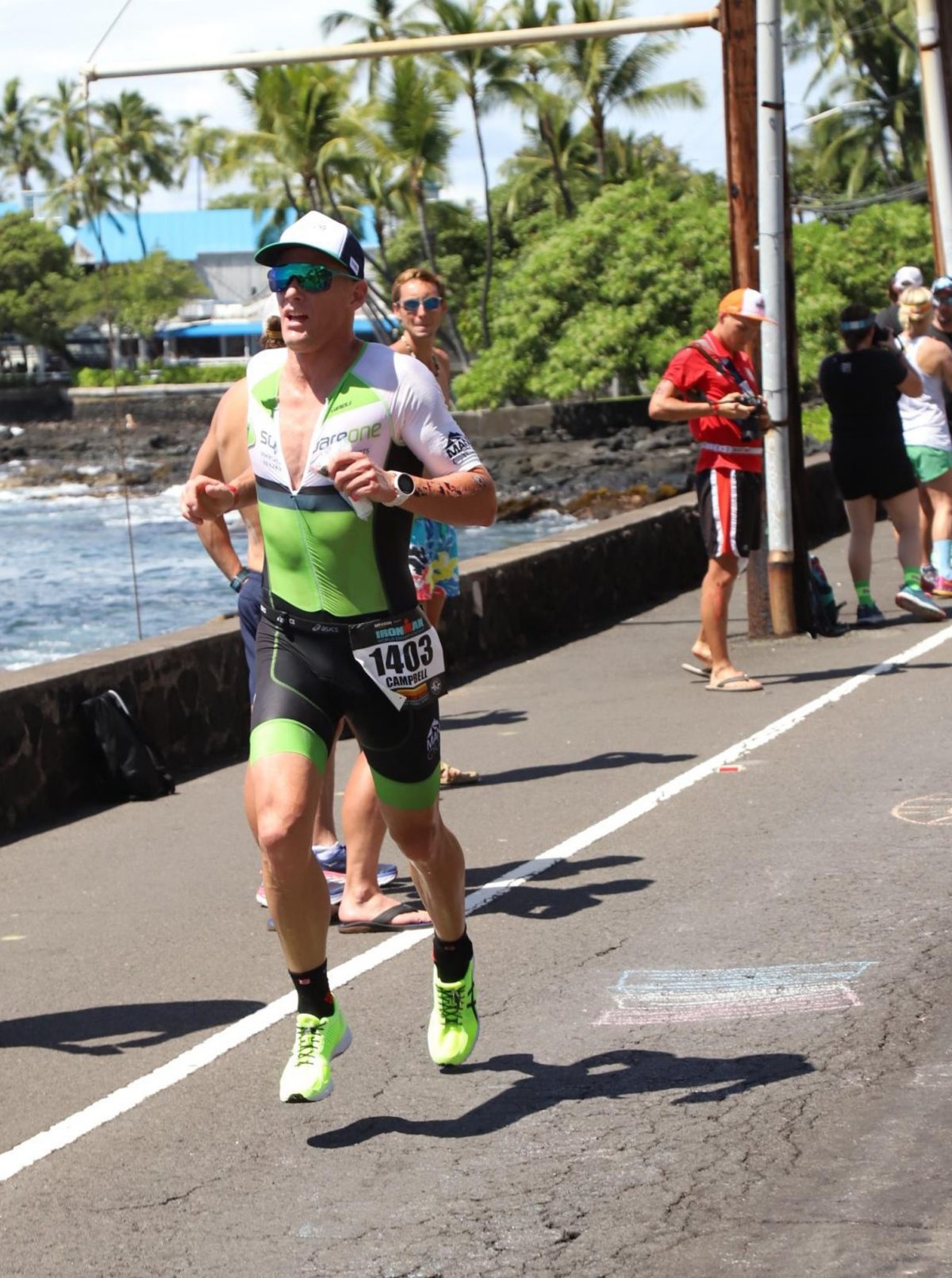 Take a listen to Campbell Hanson on The Kona Edge podcast as they talk running and how a combination of strength work, gym work and the proper technique can result in improved efficiency.  They also talk about how you need to be a strong runner, as opposed to a fast runner when it comes to long course triathlon.

CAMPBELL:  Yeah, thanks Brad, great to be back.

BRAD BROWN:  Campbell, your run is very decent and I say that most people would love to have a run like you do. Obviously things don’t always go according to plan in an Ironman, Kona last year you blew up a bit on the back end of the run, what are some of the lessons you learnt out of that?

CAMPBELL:  Look, I think it felt like I went out slow and below the target place that I should have, but then my wife kept saying after the race, “You were running faster than everyone ahead of you in your age group.” I think that’s the way race day panned out. It’s hard to know what’s happening around you, so if I had that time again I’d probably hold things back a bit, be a bit more conservative early in the run and just try and hold it together in the second half a bit more. That’s racing and it’s hard to know and at the same time you’ve got to be prepared to lay it all on the line and I’ve done the same thing and run well in the past. I certainly wouldn’t call myself, I’m far from what I’d call myself a runner, it’s definitely my weakest discipline.

BRAD BROWN:  What are some of the things you’ve done to improve your run?

CAMPBELL:  I think yes, so last year I worked with a run coach, again, as I was talking about on the bike, at the start of the year I said I’m going to go back to Kona, I want to do something different in all three disciplines to get an improvement and the running was looking at increasing my run efficiency and working on my run technique. I did a bunch of sessions with a run coach in Sydney which was really awesome actually. Gave me lots of little bits and pieces to work on and I’d take those away and most weeks I’ll have say two 10 minute blocks in a run session where I work on drills and technique stuff.

We did the video stuff before and afterwards and it made a big difference, so I think technique and efficiency was one thing. Then also as you get older, we want to, you start losing strength, so some work in the gym to maintain as many type two muscle fibres, maintain as much tendon stiffness as you can to optimize to your ground reaction force, reduce your ground contact time, again, improve your efficiency when you’re running when you’re fatigued.  So working on those things and I think a combination of the strength work, the gym work, with the technique results in improved efficiency and that’s what you’re trying to get, to run faster for the same effort really.

BRAD BROWN:  It’s almost like you were saying with the swim and with the bike, it’s a lot of little things all added up gives you a bigger bang for your buck as opposed to just doing that one thing. As far as favorite workouts go, what do you love doing run-wise?

CAMPBELL:  I get a lot of value out of, a session I’ll do going into an Ironman will be, it might be 16-17km session all up and it might have two 5km blocks at four minute km pace and then one km harder at say 3:45 pace. I’m sitting at threshold and then running something faster on the back of that. There’ll be 12km of work in there plus a warm up, a warm down, a little bit of recovery in the middle, so there’ll be 16-17km, that’s probably getting towards one of my longer runs out of my long run, but it’s definitely got some quality in there that I think lends itself well to Ironman racing.

BRAD BROWN:  Brilliant, Campbell, I look forward to talking about your nutrition, but we’ll save that for next time out. Thanks for joining me on The Kona Edge today.