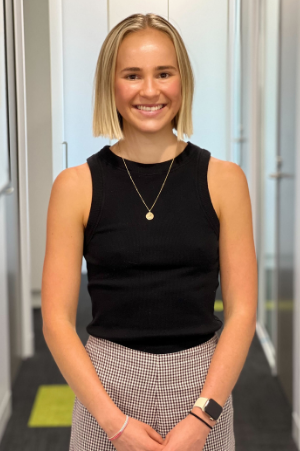 Alex spent most of her childhood by the beach in Byron Bay and later moved to Sydney to study, completing a Bachelor of Health Science (Movement Science) followed by a Master of Physio at the University of Sydney.

As a teenager, Alex competed in Surf Life Saving and later transitioned to triathlon and middle-distance running. Now Alex has a keen interest in Pilates in her personal life and has since completed her APPI Equipment and Mat work Pilates training. In her spare time, you can find her by the water, out for a run, or in search of the best sunny spots in Sydney.