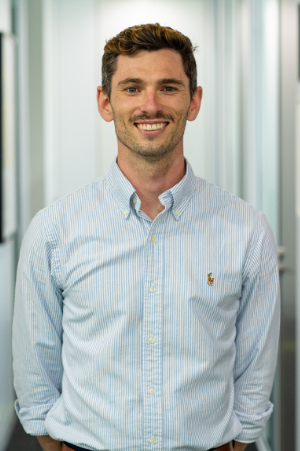 Daniel completed his undergraduate degree in Physiotherapy at the Australian Catholic University, where he received several academic commendations from the National Head of the School of Physiotherapy. Since graduating, Daniel has worked in multiple leading Sports Medicine clinics with some of Sydney’s eminent Physiotherapists, Sports Physicians and Orthopaedic Surgeons and has also gone on to complete his postgraduate studies in Sports Physiotherapy at the University of Queensland. Daniel adopts an evidence-based approach to physiotherapy with an emphasis on manual therapy as well as exercise-based rehabilitation. Since graduating, Daniel has worked with multiple sports at grassroots through to elite level. He has experience in Sports Physiotherapy working at the 2016, 2018 and 2019 Australian National Gymnastics Championships, as the Head Physiotherapist for the 2017 and 2018 NSW u/21 Men’s Hockey team at the Australian National Championships, and as Physiotherapist for the PacificAus Netball team in 2021.