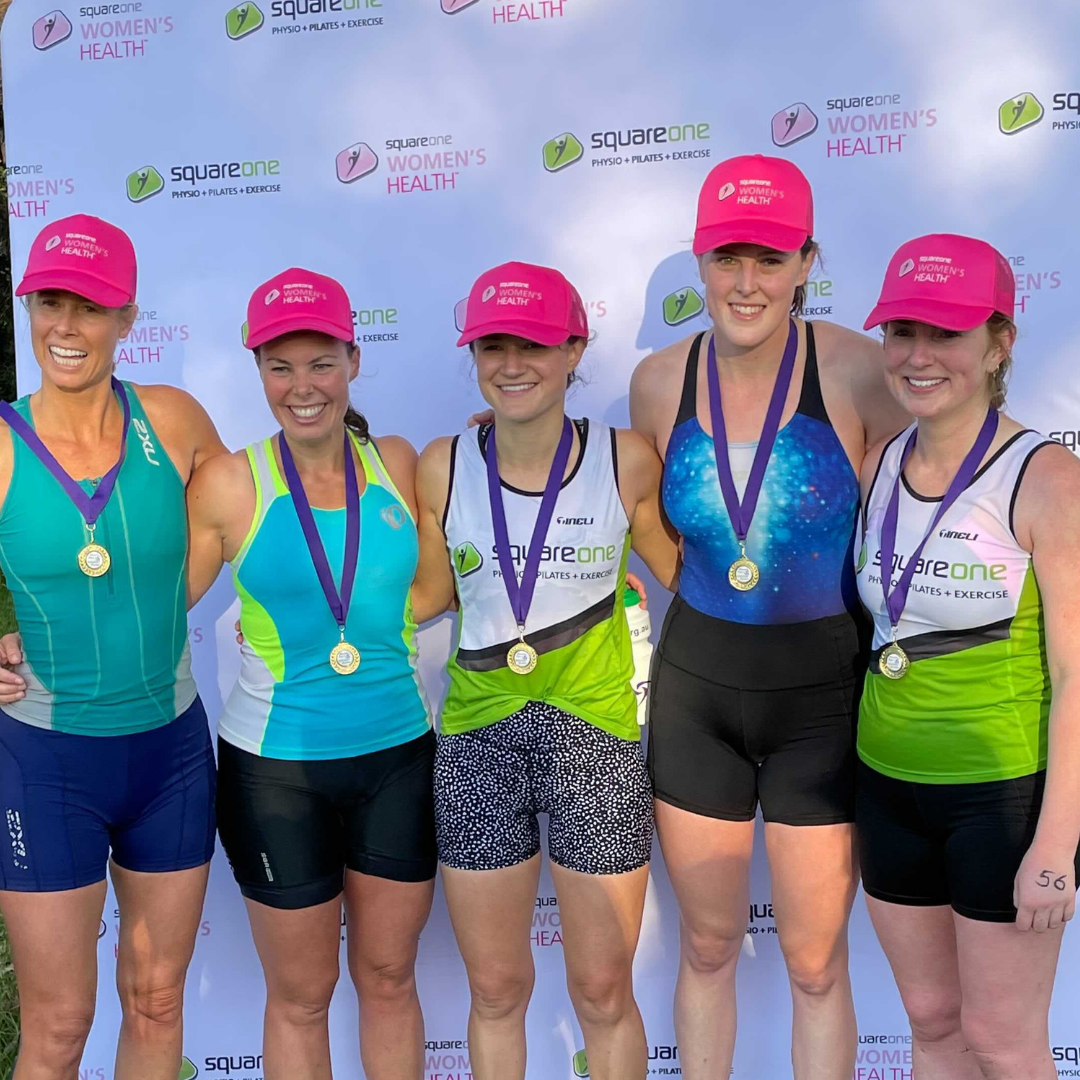 View all the great SquareOne Women’s Health team highlights from the April 2021 event.

As part of the NSW Office of Sport’s program ‘Her Sport Her Way’ designed to increase participation of girls and women in sport, Triathlon NSW are working with clubs to do this at a grass roots level. Balmoral Triathlon Club were one of 14 triathlon clubs in NSW that were successful in an application to participate in this program and will be running a women’s only race Sunday 18 April 2021 and training clinics leading up to the race.

The women’s only triathlon, sponsored by SquareOne Women’s Health, was a short course, enticer distance triathlon held at the scenic location of Middle Head in Mosman. The 250m swim took place in the sheltered waters of Obelisk Beach, before the 9km cycle takes in three laps of Chowder Bay Road which was traffic free for the race, and finally the 2.5km run took place in the historical barracks and beautiful bushland of Middle Head Reserve.

The BTC SquareOne Women’s Health Only Triathlon was a great introductory triathlon for beginners.  It was a non-competitive event focusing on participation in a safe and fun environment: Finish Lines not Finish Times. Swim aids and wetsuits were permitted for the swim leg and any type of bike was permitted for the bike leg (exc e-bikes). Enter as an individual or a relay team.

Join us for the next one, it was great fun!